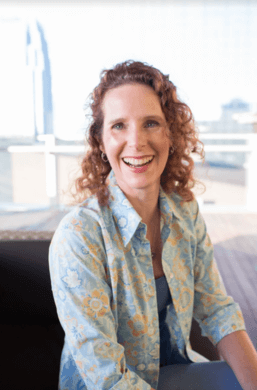 Christi is a Voice Arts Award-winning political voice talent with over 25 years experience in voiceover and video production. She's voiced spots for races all over the county but especially in the South where she shares her Southern Charm - or feisty Southern mama attitude - with campaigns that need that authentic sound.

Christi's Democratic candidates and causes include the LA County Democratic Party, New Mexico's Verde Voters Fund, Van Johnson, Jessica Benham and more. When not voicing political projects, Christi can be heard on commercials, automotive campaigns and phone systems but she is known for her eLearning skills. Her clients include IKEA, Chevron, Deloitte, HCA and Molson Coors.

Christi offers fast political voiceover production and recording from her dedicated home studio and regularly voices for the Democratic Party.

As a full-time voice talent, Christi offers same-day turnaround on most projects during regular business hours. But this is political voiceover and that means time is of the essence - so, Christi is available after hours and on weekends for rush jobs. She's even recorded in the backseat of her car on the side of the road in the middle of Alabama for a political job!

New Mexico's Safety and Justice For All

Christi is a full-time professional voice talent living near Nashville, Tennessee. She began her voiceover journey 30 years ago while working in radio during college. She didn’t much like being a DJ but she loved writing, voicing and producing the commercials. Christi has been a full-time voice actor for 9 years but spent 20+ years in film and video production. Christi has worked on feature films from low-budget local movies to Hollywood blockbusters like Patch Adams and Galaxy Quest.

She spent 12 years working on a government contract for American Forces Radio and Television Service (AFRTS) as the Creative Producer. She won 9 Telly Awards for her productions. Her specialty was researching historic stock footage and photography elements. Fun fact, she’s seen every piece of footage on World War 1 shot by the US at the National Archives. Her research and work can be seen at the new National Museum of the United States Army in the World War 1 gallery. She was even responsible for helping cast the voices of soldiers in an audio exhibit there. During her time working on the government contract, Christi was often asked to voice the spots. That love of voice acting was rekindled and she never looked back.

However, she’s maintained her “producers viewpoint” when working on a project. She understands tight timelines and budgeting issues. Her knowledge of the post production process and how a voice actor fits into the project keeps clients coming back time and again. Her political interests piqued after seeing Candidate Bill Clinton speak while she was working as a video production intern one summer in Nashville, TN. Christi remembers clapping during the speech and being chastised as “crew” were not supposed to be partisan and show enthusiasm for the candidates.

The support of Democratic candidates and causes hasn’t wavered since. She was honored to have won the 2019 Voice Arts Award for Outstanding Political Announcement – Attack Ad. She’ll bring that same enthusiasm for your candidate’s message in her voiceovers.

If you’re looking for authentic voices to appeal to voters in battleground states – Christi was born in North Carolina, grew up in Texas, went to college in Florida and lives in Tennessee (where her family is from). She’s pretty much got the South covered. If you need an authentic Southern voice, Christi is available anytime, y’all. She can easily provide the Texas drawl or serve up the sweet tea Tennessee vibe.

Christi enthusiastically spends her days recording for a variety of clients and type of projects. Her warm and bright voice can be heard on hospital spots, local retail commercials, phone systems and a ton of internal eLearning training for every industry imaginable. She’s getting really good at medical terminology as well.

When she’s not working she loves to spend time with her teenage daughter and furry kids Copper the dog and Sarah the cat. She loves cheering on her Nashville Predators Hockey team (she’s a season ticket holder) and her alma mater University of Florida Gators. Go Gators!


Christi cares deeply about many issues facing our great country. Her passion leads to volunteerism for many of these causes.

*Environmental Causes of all kinds