Voiceovers For Democrats and Progressives

Democrats and Republicans actually think differently. According to a recent study published by Scientific American, conservatives are more concerned with things they find threatening. They value safety and security, and they also consider themselves orderly and self-disciplined. Meanwhile, liberals are more open and less motivated by fear or threats. When people believe they are not vulnerable, they tend to become more liberal. 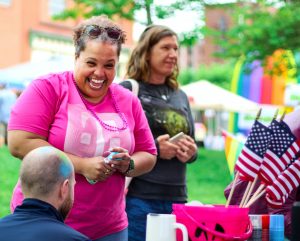 Over time, liberals have also become less supportive of military strength, while conservatives have become more likely to dismiss the struggles of those in poverty. Liberals, especially young people, are also increasingly concerned about climate change, which will likely continue to be a defining issue for young Democratic and progressive voters.

Perhaps surprisingly, Republicans – who are motivated by fear – tend to view the COVID-19 pandemic in less serious terms than Democrats do, as shown in research from PewResearch.org. Democrats are more likely than Republicans to say that the coronavirus poses a major threat to the US economy, their personal finances, and their own health. Nearly half of Democrats think that people across the country are not taking the virus seriously enough. Many voters are also concerned about the health of essential workers such as doctors and nurses.

It’s hard to change people’s emotional states – but many campaigns have realized that reframing or rephrasing a political ad’s message is the key to attracting left-leaning progressive voters. Whereas conservatives value loyalty, authority and fairness (defined by receiving rewards based on your effort), liberals value caring for others and sharing resources fairly and equitably. Effective ads with voiceovers for democrats don’t just mention issues like immigration or climate change – they also appeal to these core progressive values. 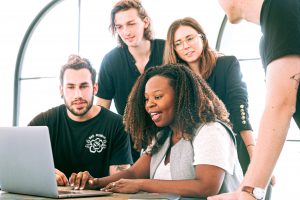 Don’t be afraid to think outside the box when it comes to creating and casting voiceover. Millennial and Gen-Z voters can immediately sense in-authenticity. They also consume a record amount of content, so they’ll know when things are recycled or outdated.

As you break the rules with innovative techniques, remember that your campaign ad doesn’t necessarily need to be “cool” – honesty and a commitment to their Democratic and progressive values are more important. Also, don’t be afraid to get into the specifics of your policy. Today’s viewers and listeners would rather hear about details of the truth than vague loaded words.

If you have a specific tone in mind for your political spot, you can search through our demos to find the right voiceover talent for your political ad. Or, if you’re not sure what kind of voiceover would be best, we are happy to arrange free, no-obligation auditions. That way, you can hear the voiceover talents of Blue Wave Voiceover reading your script. Sometimes it’s easier to make a voiceover casting decision hearing your own words. Simply e-mail your script and any direction to casting@bluewavevoiceover.com and we’ll have audio back to you fast – usually same day! Hiring voice over talent has never been easier.