You are here: Home / Spanish Voiceover For Politicals

Looking for a professional voice actor to do Spanish political voiceover? You’ve come to the right place! Blue Wave Voiceover has a diverse roster of bilingual artists who are available to record professional political voiceover content in Spanish, English or English with certain accents. Whether you’re producing an ad for television, radio, Facebook, Google, Snapchat, YouTube, Twitter, Instagram, TikTok or something else, the right Latinx voiceover artist can complete your campaign’s vision.

Why Spanish ads are important 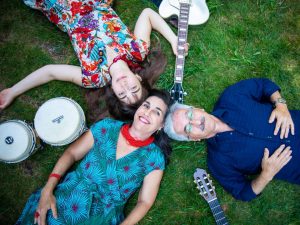 13.5% of Americans speak Spanish – and this adds up to 41 million people. This is a huge part of the active electorate. To reach all possible voters, campaigns must consider Spanish speakers as well as English speakers. The majority of white voters still support Republican or conservative / right-leaning campaigns. Democratic and progressive candidates must look beyond white voters, even in swing states.

Latinx voters aren’t all the same, or monolith either. For example, Cuban Americans in Florida tend to vote more conservative than Mexican Americans in Texas. To target these diverse groups, you may need multiple ads featuring multiple voice artists. If you’re looking for a specific accent, inflection or artist who identifies with a specific region or group, start browsing through our Spanish political voiceover artist pages!

Especially if your candidate does not speak Spanish, it’s important to use multicultural voiceover artists to add authenticity to your political ads. The voice talents who speak Spanish featured on Blue Wave Voiceover are passionate about Democratic causes and eager to get involved in political change. They can also ensure that your message is correct. Just because Google Translate is fast, doesn’t mean the end result will be grammatically correct. You can avoid an embarrassing gaffe by hiring a truly bilingual voiceover actor that flawlessly speaks both English and Spanish and has script translation experience.

Blue Wave Voiceovers’ bilingual political voiceover artists are also full-time professionals with professional home recording studios and impressively fast turnaround time. They have voiced ads for the Democratic Party as well as individual candidates, ballot initiatives, statewide messages and grassroots organizations. Whether you’re looking for a young, edgy, hip voice or a mature, authoritative, reassuring voice, you and your campaign will be in good hands.