We’ve started a new series to introduce you to our talents by going even more in-depth than their profile listings. So, Meet Debbie Irwin, Blue Wave Voiceover Talent! 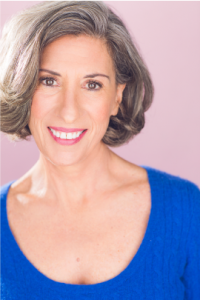 I have 2 studios– one in NYC and the other on the border of NY and MA. You can call it Columbia County or The Berkshires. The former is technically correct and the latter is more widely known. 🙂 In the country, where I’ve been since March 2020, I have a new Studiobricks VO One Plus, two mics: Sennheiser 416, Neumann TLM 103, two DAWs (Digital Audio Workstations): Adobe Audition and Twisted Wave, and two audio interface systems: Sound Devices USBPres 2 and Focusrite 2i2. I can connect to clients and studios via a wide variety of platforms, Source Connect, ISDN Bridging, ipDTL, Zoom, Skype, and tin cans if necessary! I love every bit about the Studibricks set-up, which I completed last summer. I wanted to be agnostic as to whether I was in the city or the country, so I have duplicate set-ups in both locations (although I don’t have a Studiobricks booth in NYC!) What’s not to like?

Long story. But I’ve been at it for nearly 20 years.

I remember my first in-studio session. It was for John’s Contemporary, a high-end furniture store in Philly or Baltimore. I had an out of body experience, where I was outside of myself, looking down and feeling so in awe of where I was in that moment!

That was a loooong time ago! Maybe 15 years? It was for a local political action committee in Great Barrington, MA. A young kid had been locked up in jail for having some marijuana on him and he was near a school. What’s ironic is that now there is one of the most successful marijuana shops in Great Barrington. They pulled in 5 million in sales in their first quarter of being open!!!! 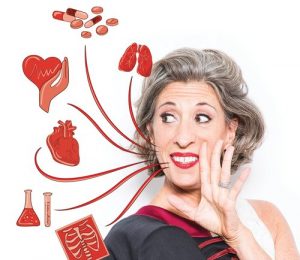 People from ALL walks of life need to be heard and that’s what BWVO is all about. Representing America so America can represent us!

Women’s rights to make their OWN decisions about their OWN bodies. Restoring rule of law and not rule of Monarchy. Protecting our planet. Immigration. Racial inequities. Domestic violence. Opioid/Addiction Crises.

1. People who think this work is easy to do. 2. People who ask basic questions that can easily be answered by visiting Google.

Most helpful is an audio reference to my work that they liked and/or a voice sample from somewhere else. That puts me immediately into the ‘sound’ they’re looking for. Also, if music has been selected or even narrowed down to a few choices, that is HUGELY informative for every voice actor I know, and can totally change a read! Same as any other genre. Do your homework. Research the styles that are out there. Learn from the pros who are already marketing themselves in this genre. Build a network of leads so that when you have a political demo (and yes, you need one just for this genre!), you will be ready to seek out opportunities.

If you’d like to book Debbie Irwin on your next political voiceover project, please visit her profile here and get in touch!