A Promise of Change

On January 7, 2018, during the midst of the Trump administration and the #MeToo Movement, Oprah Winfrey became the first Black woman to win the Cecil B. DeMille Award at the Golden Globes. She delivered a deeply moving speech that she closed with a promise of change. Imagine if she had her own political campaign.

I’ve interviewed and portrayed people who’ve withstood some of the ugliest things life can throw at you, but the one quality all of them seem to share is an ability to maintain hope for a brighter morning, even during our darkest nights. So I want all the girls watching here, now, to know that a new day is on the horizon! (BBC)

Moments after, #OprahWinfreyforPresident began trending on Twitter. And, while three weeks before her speech Oprah said she had no interest in running for president, it didn’t stop people from wondering “But… what if?” It wasn’t just trending on Twitter — major media outlets began running stories about the possibility of her run for president. In a moment when frustration, discouragement and anger were the norm due to the political landscape and leadership at the time, the spark of a potential Oprah presidency turned into a media frenzy.

Oprah embodies what it looks like to create change while holding onto hope and her speech that night connected with millions of people. Her story of overcoming poverty and a challenging childhood to go on and make history as the host of the highest-rated talk show in television history has inspired so many. Throughout the course of her career — including her roles as a talk show host, business woman, and philanthropist — she has been a passionate advocate for underrepresented and marginalized people. 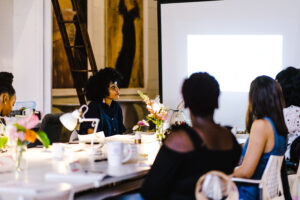 If Oprah were to run for president, it would be critical for her campaign to reflect her audience and her constituents not just in print advertisements, but also in radio spots, podcast ads, and voiceover television ads. While Joe Biden went with Sam Elliot to voice his campaign, that wouldn’t quite work for Oprah’s.

Oprah’s campaign would have a voice like Amanda Gorman or a voice like Viola Davis. Representation would be key and it would be important to find the right voiceover artist to connect with the campaign message and audience. Enlisting the help of experienced, diverse and BIPOC voiceover artists could reach audiences and help them feel seen, heard and understood. 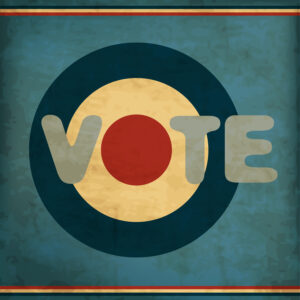 With the collective of diverse voiceover artists at Blue Wave Voiceover, that look and sound like America today, finding a voice that aligns with progressive values and that can give life to political spots, testimonials, campaigns, and impact ads is easy. Their at-home professional studio set ups guarantee high-quality voiceover audio in all audio formats within a short timeframe — perfect for that last minute political ad or two.

Okay, so Oprah has already noted she wouldn’t run for president, but the trending #OprahWinfreyforPresident excitement on Twitter and the media coverage points to a deep longing for change driven by hope. A desire for change in the political landscape that reflects the people — especially traditionally underrepresented people — has continued to gain momentum. There is a growing call to see diverse candidates and diverse campaigns across gender, race and ethnicity, sexuality, ability, and income — it’s no longer a matter of if, it’s a matter of when and how.

It takes a massive, massive collaborative effort to get progressive, diverse, underrepresented and BIPOC leaders elected. Organizations like Emily’s List and Our Moment are using their resources and connections to ensure more diverse, progressive, representation is found across all political levels. When it comes to political advertising, Blue Wave Voiceover offers professional voiceover services to drive impact and action. The collective of diverse freelance voiceover artists, including BIPOC talents, passionate about helping elect and re-elect a blue wave feels passionately about Democratic candidates and liberal, progressive causes. Their voices will never be heard on a Republican candidate or conservative cause. See and hear the full lineup of voiceover artists, including BIPOC talents, ready to help enact change and make a blue wave difference with every election. 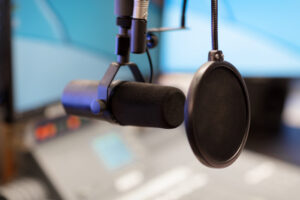 As organizations, grassroots movements, and people all come together to fight for change, we hold onto the moments of hope that encourage us to keep going. Vice President Kamala Harris. Alexandria Ocasio-Cortez. Ilhan Omar. Ayanna Pressley. Lauren Underwood. Tammy Duckworth. Sharice Davids. Each name that gets added to the list of elected Democratic, diverse, and progressive officials — whether on a local, state, or national level — is another reminder of why Blue Wave Voiceover exists and reaffirms the mission that drives the diverse collective group of professional voiceover artists.

Blue Wave Voiceover is proud to be a part of making blue waves by providing professional voiceover services to successful elections and re-elections across the country. Ready to make a blue wave for your political campaign? Find the professional voiceover artist that fits your campaign and audience and make a lasting impact. Reach out anytime at casting@bluewavevoiceover.com – we’d love to be a part of your next project.