Demographics are changing, and so are the voting patterns

The 2016 election brought a shock to the electoral system. States that were previously thought to be part of the “Blue Wall” were no longer the safe havens they were once thought to be. But some states, though impervious to Democratic advances, have also begun shifting, creating new challenges for candidates in these changing districts to reach potential voters. Especially with shifts in the media ecosystem making it harder for political advertising voices to cut through. 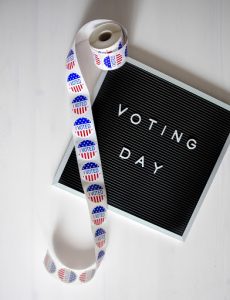 Michigan, Pennsylvania, and Wisconsin were all part of what had previously been considered firmly Democratic states, ensuring a Democratic presidential candidate a considerable number of electoral votes, with Ohio being the Rust Belt state that was often considered a swing state and a huge focus for political advertising dollars. But 2016 upended those preconceptions, with all 4 states failing to go Democratic, albeit by slim margins in the former “Blue Wall” states.

However, Democratic fortunes in formerly unassailable states like Virginia and Arizona are raising hopes of activists there. Arizona is trending toward a much more purple state, with victories both on the state and local level by Democrats, including Senator Kyrsten Sinema, 5 of Arizona’s 9 U.S. House seats, and the Secretary of State. The party remains in the minority statewide however, holding only 42 of 90 State Senate and House seats, and lost the governor’s race in 2016 by 15 percentage points.

Virginia is in the process of becoming a fully blue state, with all major statewide seats, both Senators, and the majority of both houses (by the slimmest of margins) held by Democrats. Growth in the metropolitan areas around Washington D.C., bolstered by influxes of northern transplants have fueled this change. Residents of these states can expect to see a huge surge in Democratic political spots hitting their airwaves and streaming platforms.

Other southern states like North Carolina have experienced similar changes. It became a firmly purple state in 2008, when Barack Obama won the state, and in 2012 when he lost it by a very slim margin. Growth in Charlotte and the Triangle area has fueled the balance, though it may be some time, if ever, before the state consistently votes Democratic.

They Do Say Things Are Bigger In Texas

The biggest prize is still out there: the purple-trending state of Texas. The Lone Star State has been solidly red for decades, but some cracks have started to appear in the expected areas: high growth urban areas like Dallas, San Antonio, and Houston, all fueled by the same migration patterns that have brought northern transplants to other Southern states. Democrats have pushed to move the state into their column for years, and are hoping to see this shift happen in the next 20 years. Given the number of electoral votes at stake, residents of Texas can expect to hear political voiceover in their living room right up until Election Day 2020. 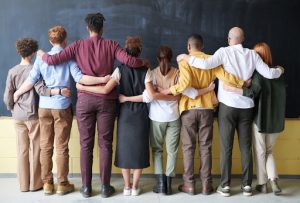 For political voice actors supporting and voicing for progressive and liberal causes, ample opportunity is available, as these areas are and will continue to be flooded with advertising in this high-stakes electoral season. These states are growing more diverse; in Virginia, 3 in 4 new residents are people of color since 2000. But growth in diversity is not limited to the South: U.S. News and World Report states that Colorado Springs, CO and Henderson, NV have some of the fastest growing diversity rates in the country.

And as advertisers and candidates look to reach out to this growing, diverse population, finding the right voices to reach all segments of these areas — with voice actors who look and sound like the people moving into and living in these regions — will be the key to reaching voters for decades to come.

George Washington III is an 18 year veteran of the voice over industry based in Charlotte, NC. His voice has supported many national and local brands in television and radio, on the web, and on Internet radio like Spotify and Pandora. He has called Charlotte home for 22 years. You can find samples of his work at voevolution.com.