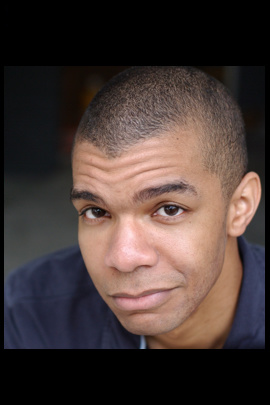 Zippy is an African-American, full-time voiceover talent out of Las Vegas. A natural performer (it’s where the nickname comes from), Zippy has voiced projects for major brands like the ACLU, BET, Google, and the CDC. In 2018, he voiced ads for Democratic candidates running in deep-red states, including Mike Espy, Howard Sherman and Robert S. Vance. Zippy’s an expert at staying cool under pressure, and doesn’t mind if you call him by his birth name.

Zippy brings his easy-going, "professional-but-not-stuffy-because-no-one-likes-that" tone & personality to commercial, eLearning, and corporate videos. After all, what would one expect from a man named 'Zippy?'

Zippy’s pro studio is equipped with a Sennheiser MKH-416 microphone, a Yamaha AG03 mixer, a MacBook Pro, and both Reaper and Adobe Audition digital audio workstations.

Pacific Standard Time (PST, GMT-8). Zippy offers a 24-hour turnaround for most jobs, but is also available for same-day rush projects, as well as those outside of regular business hours. He’s never more than a few feet away from his mic.

PSA for HIV Awareness
Someone Like Me Campaign
MTV & Durex

Christopher ‘Zippy’ Kaufman is an African-American male voiceover talent with the most unique name in the business. Originally from Venice, CA, his nickname comes from a character he played in a talent show when he was only seven years old; to this day, he has friends who still don’t know his real name. After getting his BFA in Theatre at the California Institute of the Arts, Zippy spent years performing standup, sketch, and improv comedy at Westside Comedy Theater in Santa Monica, CA. Answering an email from an instructor one Saturday morning eventually led to an improbable & sudden career change: joining the Creative Writing team at WWE in Stamford, CT, where he helped write 5+ hours of professional wrestling TV content every week. As sudden as that career change was, so was its end: a corporate layoff meant that Zippy had to find new purpose, and fast. Thanks to a most supportive wife (and a generous severance), he was encouraged to explore a profession he had always been curious about, and went on to invest in voiceover training.

The rest, as they say (who exactly is “they,” anyway?) is history.

While voiceover specialties are in commercial, corporate, and eLearning (voicing for clients like Audible, Honda, and Smashburger), his real specialty is “being ready for whatever.” From waking up at 1:30am to hop on the phone with clients in Germany, to recording 20 commercials in a single session while battling a case of can’t-get-out-of-bed food poisoning, Zippy prides himself at being the least of your worries when it comes to producing content. Zippy currently lives with his wife in Las Vegas, NV. When he’s not splitting aces or trying to hit a hard 8, you can find him in the kitchen trying to find the perfect chocolate chip cookie recipe. As much as his wife has tried to convince him, he refuses to try any recipe that includes walnuts. She doesn’t plan on giving up anytime soon.


In addition to providing voiceovers for Democrats and progressives and mission-driven organizations, Zippy is passionate about: