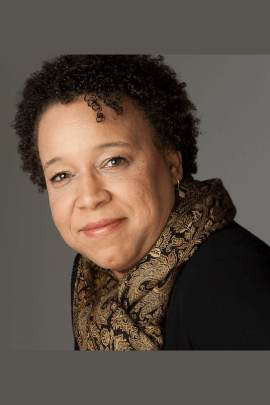 Krysta is a full time political voice actor and vetted member of World Voices (WoVO). In her nearly four years as a voiceover artist, Krysta has represented major brands such as Heifer International, AstraZeneca, TriHealth, Credo Mobile and many others. A proud African American voiceover artist, Krysta also has indigenous Native American heritage, with Crow roots on her paternal side and Blackfoot roots on her maternal side. Krysta voices regularly for the Democratic party and offers fast political voiceover recording, production and more from her dedicated home studio.

Krysta is a full time voice actor and can offer immediate and same-day turnaround for your last minute voice job. Availability after traditional business hours for urgent and rush jobs.

Krysta Wallrauch is a female African American voice actor from Brooklyn, New York. She currently resides in Ohio, where she has built her full time voiceover career. Formerly a student at the School for Creative and Performing Arts, Krysta has a history as an artist and singer. Her exploits have taken her from amateur to professional theater, where her performance in the Musical, Little Shop of Horrors, won she and her theatre cast an OCTA award, in which they were asked to represent the U.S. in New Delhi, India. Krysta is very experienced in political voiceover recording and production and is thrilled to be one of the best Democratic African American voiceovers working today. Krysta also has indigenous Native American heritage, with Crow roots on her paternal side and Blackfoot roots on her maternal side.

The voiceover world grabbed Krysta nearly four years ago in 2015, when she discovered that she could use her “theatrical talents” to the booth. Since that time, her continued coaching soon catapulted her in the national realm of voice acting where she crosses genres to work in Radio, Poltical, TV, Corporate, Documentary, Medical and eLearning.


In addition to providing voiceovers for Democrats and progressives and mission-driven organizations, as an African American minority, Krysta is passionate about many issues that affect our nation. Specifically, as a mother of a child on the Autism Spectrum, Krysta is passionate about advocating for adults with special needs as well as the homeless. Krysta also has a passion for those underinsured, who cannot afford quality healthcare.