If you are looking for African American Female Voiceovers for your advertising, commercials or mission-driven campaigns – you have come to the right place. Blue Wave Voiceover is proud to feature the top African American Female Voiceover Actors working in the industry today. With the announcement of Senator Kamala Harris joining Vice President Joe Biden on the Democratic Presidential ticket, we know that many top political communications firms and campaigns are looking for talented, authentic, professional African American female voice actors to ensure their important messages are heard above the rest. We have four powerful and exciting African American voiceover talent to share with you, so let’s get to their introductions! 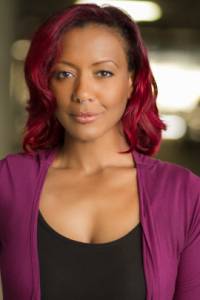 Known as the “voice shapeshifter,” Mara Junot is the trusted voice of campaigns and brands across the world. She brings a youthful energy, a dramatic intensity and a naturally authentic and resonant read to every voiceover project. Whether you’re looking for a friendly conversational sound, an impactful voice of authority or a casual urban read, Mara brings years of experience and acting ability to the mic. Mara has been considered a respected voice of authority and trust for political campaigns for over a decade. Nationally, she’s also been heard as the voice of AT&T, ION and E! True Hollywood Story, among many, many others. Visit Mara Junot’s full profile to listen to more samples and request an audition or quote for your voiceover project today. 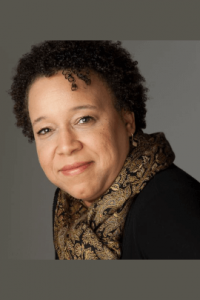 Krysta Wallrauch brings a mature, warm and authoritative voiceover read to the copy that she brings to life. A member of the World Voices (WoVo) organization, Krysta has been steadily building her brand as a trusted and go-to African American Voiceover Artist for the last several years. Major brands like Heifer International, AstraZeneca, TriHealth and Credo Mobile have used Krysta’s dynamic voice in their advertising creative. This political season, Krysta has brought some straight fire voiceover reads to videos produced by The Lincoln Project. Whether you’re looking for a warm, comforting and trusting voice to represent an African American mom, a sarcastic or incredulous voice for a negative or comparative ad, or a bold, assertive and commanding African American voice to act as a rallying cry to the community, Krysta brings a thrilling range to the projects that she is hired for. Visit Krysta Wallrauch’s full profile to listen to more samples and request an audition or quote for your voiceover project today. 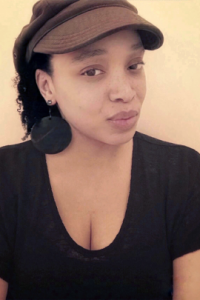 When you’re looking for that unmistakable “cool” factor to bring a voiceover to life, the African American Voice Actress that you are looking for is Cenophia Mitchell. A youthful voice that’s sure to strike a chord with Gen Z or millennial voters, Cenophia, or “Nophi” for short, has a unique name and an incredibly unique voiceover delivery to match. She’s been featured as the voiceover for clients like Netflix, Cole Haan, WNYC, Epson, Morgan Stanley, Starbucks and Uber, just to name a few of the world’s largest brands. Clients regularly say that one of the things they love most about Nophi’s voiceover is that it has the innate ability to appeal to both male and female listeners. If you’re looking for a super casual conversational “real person” type of voiceover read – Nophi’s voice is perfect and believable for an endorsement or citizen testimonial. If you want to hear an Urban read to resonate with a specific community, Nophi can bring an effortless warmth and also some hard-hitting believability to her reads. As a resident of New York City, Nophi can also bring an authentic New York / tri-state region accent to her voiceover work. Visit Cenophia Mitchell’s full profile to listen to more samples and request an audition or quote for your voiceover project today. 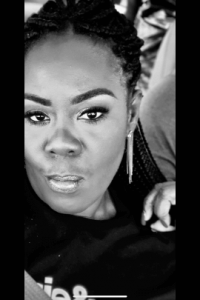 Kesha is an entertainment industry professional and legendary radio personality who eats, breathes and sleeps voiceover. The types of brands that have entrusted their message to Kesha’s warm, dynamic, compelling and inspirational voiceover tone include the likes of Dreamworks, SeaWorld, Coca Cola, Busch Gardens, Dunkin Donuts and more. In addition to recording voiceovers for all types of political campaign advertisements and commercials, Kesha is also a talented live announcer. She’s been honored to work as the live in-show announcer for the Soul Train Awards and also served as a live announcer and emcee for a major fundraiser for Emily’s List. When you want a hard-hitting African American and Urban read, a believable and compassionate call to action, or a trustworthiness and confidence that would inspire millions of voters to act, Kesha Monk is the voice that you’re looking for. Visit Kesha Monk’s full profile to listen to more samples and request an audition or quote for your voiceover project today.

Overall, Blue Wave Voiceover is proud to feature so many talented multicultural and diverse actors of color. We’re excited to have these four dynamic and talented African American women on our voiceover roster and know that they would make excellent voiceover contributions to projects and advertising of any size. If you’d like to work with Mara Junot, Krysta Wallrauch, Cenophia Mitchell or Kesha Monk on your next project, please e-mail us at casting@bluewavevoiceover.com or contact any of the voice actors directly via the e-mail address or contact form on their profile page. Blue Wave Voiceover is committed to providing you with authentic voiceovers that look and sound like America today.