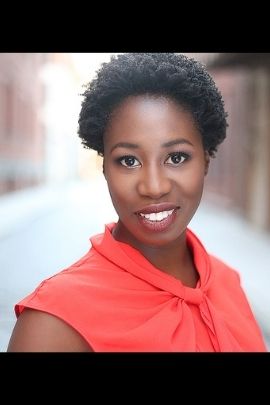 Danielle Famble is a full-time African American female millennial voice actor. As a former musical theater performer, Danielle enjoys finding the musicality and cadence in spoken word, making voiceover a perfect fit for her talents. Her friendly and relatable voice has been heard in commercials for major brands like Google, Facebook, Pepsi, Fidelity, and Oracle among others.

A southern girl at heart, originally from Abilene, Texas, Danielle’s believable and trustworthy voice makes her a perfect fit for messages aimed at diverse Millennials and Gen Z'ers. Some of her past political work includes voicing multiple commercials for the 2020 U.S. Census and countless voter turnout ads for the 2020 Presidential Election on digital and radio platforms. Danielle also narrates eLearning, explainer videos and corporate narration projects for companies worldwide.

Eastern Standard Time (EST, GMT-5). Danielle is a full-time voiceover artist based in New York City. She can offer same-day or up to 24-hour turnaround when necessary. Danielle is available after traditional business hours for urgent delivery.

Our Right to Vote

Danielle Famble is a multi-talented theater, television, and voiceover actress.

Hailing from the great state of Texas, Danielle grew up singing in local choirs and performing in local plays in her hometown of Abilene.

During her studies at McMurry University in Abilene, Tx, she studied classical music and theater, eventually earning a degree in Vocal Performance. Danielle has traveled all over the world as a singer aboard the German-based AIDA cruise ships, sailing to Dubai, Abu Dhabi, and the Spanish Canary Islands. On television, Danielle can be seen in an episode of Law & Order: Special Victims Unit. In her impressive voiceover career, Danielle is the voice behind several well-known brands such as Google, Hertz, Pepsi, Fidelity, and more.

Danielle loves to use her voice to convey the emotion and passion of the writer’s words. This is what she loves most about voiceover! As a full-time voice actor, Danielle records from her broadcast-quality home studio and can deliver files same day or within 24 hours. Danielle’s voice can be described as warm, hopeful, trustworthy, and fun. Whether you’re looking for the gravitas of Viola Davis, the passion of Amanda Gorman, the inspiration of Michelle Obama, or the interesting and raspy tone of Rashida Jones, Danielle can deliver the range you’re looking for.

Fun fact: Danielle loves shopping, travel, and she considers herself a foodie. It is not unusual to find Danielle walking through the local farmer’s market, sifting through the racks at her local mall, or traveling to the countryside for a day of apple picking.