Spoiler Alert: Gen Z isn’t hanging out on Facebook with your Aunt Diane and her six cats.

Kids these days, amirite? Every day there’s another social media platform. Another app. Another place to find content. Create content. Put content. You name it – it’s happening in the digital ecosystem. But what’s interesting is that the generational divide of social media is beginning to appear across the different content platforms. And perhaps the mighty titans that seemingly built Silicon Valley into the buzzword it is today are beginning to show some cracks in their foundations. Some signs of aging. Does Olay have a cream for that, too?

Advertisers are competing for eyeballs. (And earballs? If that’s a thing? Ok, maybe we’ll just stick with eyes and ears.) And they’re competing every second of every day. And in 2020, that goes doubly for political campaigns and advertisers that have a very short runway to work with in launching their message. Whether that’s with live action commercials with actors, national voiceover talents and a full production budget or quick and dirty animated videos with freelance VO artists under an ultra low budget. In order to gain market share, attention, visibility and more – answer this first question: where are those eyes and ears that everyone is so desperately trying to reach? The answer isn’t simple because we’re not all hanging out in the same place. 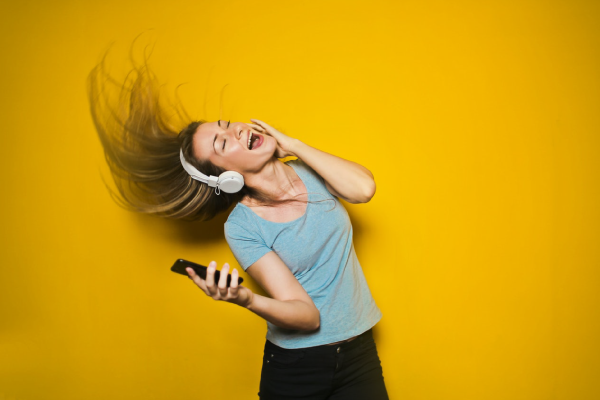 A Media for Each in the Generational Divide

It used to be easy to reach people on a Thursday night with a powerful brand campaign, product launch, candidate ad, or a water-cooler conversation- funny spot. (Paging, Geico!) When you only had a handful of television stations to choose from, and the internet was just homemade Geocities fan pages dedicated to Tickle Me Elmo and Michael Jordan. But now, a primetime television show on network TV might only pull in a few million viewers, while a viral cat video on YouTube could rack up more than 100 million views.

So – which generations are hanging out where? Gen Z and Millennials can be found on fledgling video networks TikTok, Snapchat and Instagram as their primary social media platforms. And they use and access multiple platforms per day. They’re also huge consumers of video content on YouTube and were at the forefront of the cord-cutting movement – leaving cable in the dust for platforms like Hulu, Pluto, YouTube TV, Sling, and the new Disney+.

According to a social media study published on TheManifest.com, Facebook’s popularity is steeply declining with Gen Z, with only 36% surveyed using the platform regularly. A huge difference compared to surveyed Baby Boomers – 96% and Gen Xers – 90% who reported using Facebook regularly.

And when it comes to political advertising buys, you have the added difficulty of some platforms drawing lines in the sand. We’ve recently seen Google, Twitter, and Spotify say that they don’t want to play in the political commercials game. Or at least, they’re getting very picky about it. Getting content in front of the right people on the right platforms is not only crucial, but it’s also getting harder by the day.

Key Considerations in the Generational Divide of Social Media

So, before making your ad buy decisions – consider some key questions:

This can help ensure your ad dollars go further and you reach the buyers – and voters – that you most want to communicate with and influence.

Maria Pendolino is the powerhouse talent behind Voice By Maria and is the founder of MillennialVoiceover.com, a website dedicated to help brands and companies “Speak Millennial.” She’s a nationally repped voice talent that regularly works on television, radio and social media advertising campaigns. If you’re looking to hire a freelance female voiceover talent, you can check out her portfolio of work at www.voicebymaria.com. Maria is also proud to be the Voiceover Talent Coordinator for Blue Wave Voiceover. She can be reached via email at maria@bluewavevoiceover.com. You can also follow all of her cat photos on Instagram @mariapendo.