According to The Pew Research Center, a record 23 million people in America trace their roots to more than 20 countries in Asia. This includes East and Southeastern Asian countries like China, Korea, India, Vietnam, Indonesia, Malaysia and others. However, when it comes to Asian American and Pacific Islander voiceover representation in the media, there has been a historical 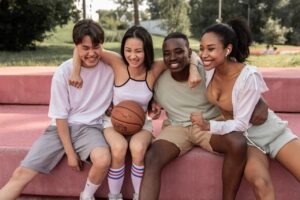 “whitewashing” of characters with AAPI heritage. In voiceover specifically, this has recently manifested in situations like Allison Brie, a caucasian actress, voicing a character of Vietnamese descent on the Netflix animated series Bojack Horseman. More recognizable, Hank Azaria, a caucasian actor and voice actor providing for many years the voice of Apu, an Indian-American character on Fox’s hit animated show The Simpsons.

At Blue Wave Voiceover, we’re focused on elevating authentic voices from the AAPI community to give voice to characters, issues and platforms that are uniquely theirs.

Do you recognize any of these characters? 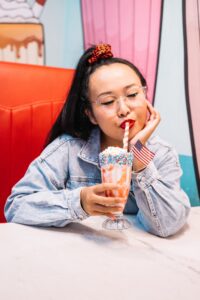 We’ve started to see an increase in representation in the media landscape as it pertains to stories about and starring Asian-American and Indian-American performers. Crazy Rich Asians, the feature film that premiered in 2018 and was directed by Jon M. Chu, highlighted a full cast of Asian American lead performers. We’ve also seen television shows breaking through like Nora From Queens starring Awkwafina, Kim’s Convenience and Fresh Off The Boat which highlight a uniquely Asian American experience. We even have an upcoming Marvel universe blockbuster movie starring a lead of Asian descent.

Just because visibility is increasing, it doesn’t mean that we aren’t still experiencing and struggling with stereotypes. For many years, there were probably folks in America who could have only identified Jackie Chan as an Asian performer that they recognized. Part of the problem is that caucasian actors like Matt Damon, Scarlett Johansson and Emma Stone have been hired to portray characters with an Asian heritage – leaving the general American audience without the knowledge and access to the talented performers in the AAPI community. 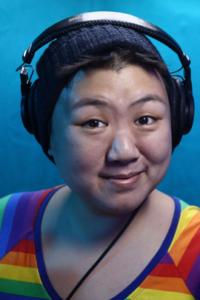 Throughout the pandemic in 2020 and beyond, there was a disturbing increase of hate crimes and events targeting the AAPI community – especially the elder AAPI community. The racists perpetuating violence and a false narrative blame AAPI people for the chaos we are going through in this situation, building a barrier between us, as well as interrupting many work opportunities.

We are proud to highlight talented voiceover performers from the AAPI community at Blue Wave Voiceover and are thrilled to have such talented voice actors on our team. If you are looking for an Asian-American or Indian-American voice performer to authentically represent their community in your creative, look no further than, Mark Lee or Cherie B. Tay. The men and women on our roster offer such a wide range within their craft and are highly adaptable to settings that allow for a variety of performances and perspectives.

We need a culture that enlightens us 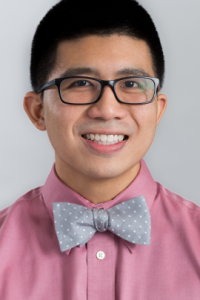 You’ve probably heard on more than one occasion that Asian and South Asian cultures predate American culture by millennia. As Americans, we’ve taken on aspects from their cultures that include exploring spirituality, our bodies, and our emotions. It’s just as important for us to highlight, promote, recognize and give credence to their cultures without appropriating or whitewashing their stories and narratives.

If you want to add a voice to your project that represents an authentic Asian or South Asian heritage, check through our catalog and listen to our voice actors’demos. You’ll almost certainly discover one with the tone you’re searching for. If you have any questions or would like casting assistance with your project, please contact us at casting@bluewavevoiceover.com. It will be our pleasure to provide you with all the information and voiceover samples that you need.